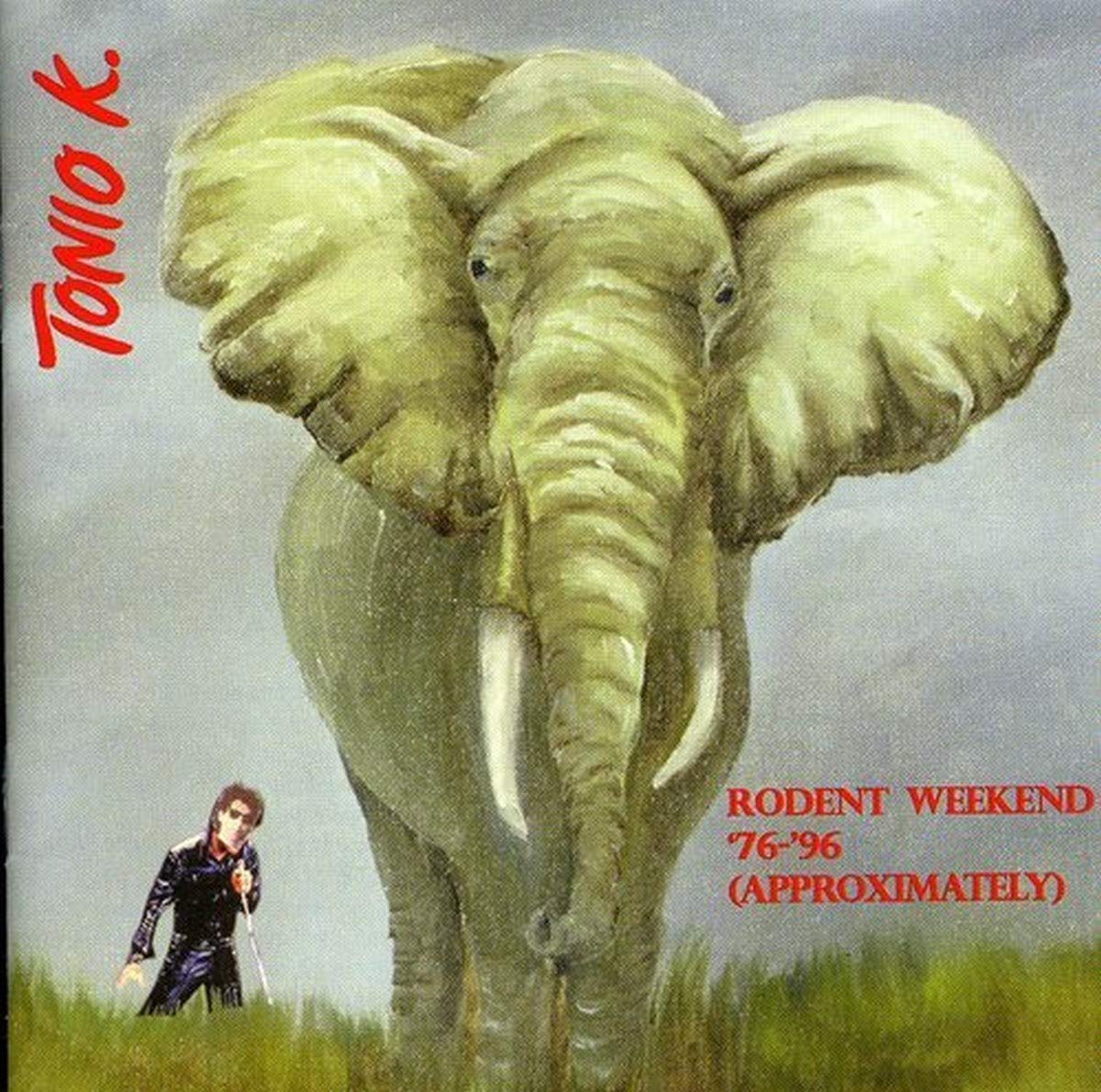 Twenty years, 19 tracks, a hamster named John Paul III. Gadfly Records is proud to announce the release of Rodent Weekend '76-'96 (Approximately), a 72-minute journey through some of the odder twists and turns in the career of cult rocker Tonio K.

This 19-track collection includes rarities, oddities and spare tracks from Tonio K., one of the country's most unique and biting singer/songwriters. Packaged with extensive liner notes and song histories from TK, this 'retrospective' includes several alternate takes from the long-lost EP La Bomba, Mr. K.'s biggest radio hit, "i"I'm Supposed To Have Sex With You, and the much-sought-after track Hey John from TK's self-released vinyl EP. Other highlights are "i"Funky Western Civilization, Phase II, "i"Harness The Hamster/Rodent Weekend '76 and Everything, Including You, Disgusts Me.

Despite receiving massive critical praise for Life in the Foodchain (1978) and Amerika (1980), Tonio K. bounced around from CBS Records, to Arista, to Capitol-EMI (which resulted in the 1983 EP La Bomba), before settling into What?/Aamp;M for his third and fourth albums: Romeo Unchained (1986) and Notes From the Lost Civilization (1988). Since being 'dropped' from Aamp;M;, he has been one of the music industry's most successful songwriters, penning the most played song of 1993 (Love Is, recorded by Vanessa Williams and Brian McKnight), and placing songs with Bonnie Raitt, Aaron Neville, Al Green (from the 'Michael' soundtrack), and many others. A fifth album recorded with an all-star cast (Paul Westerberg, David Hidalgo, Peter Case, Bruce Thomas, and others) was canned by Aamp;M but released by Gadfly Records (Olé) in 1997. All four of Tonio K.'s earlier full-length albums are available on CD from Gadfly Records.